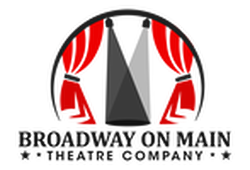 Broadway on Main Theatre Company has a rich history to live up to.  Each of the founding partners has spent the better part of a lifetime in service to the performing arts. Each has an investment in the community to which they bring this new, innovative non-profit entity that they see as a means of providing invaluable service to the community.

Board President and Managing Director Neil Fuentes began his theater education as a child in his native Venezuela.  From the age of six, he attended a theater arts school, where he danced, sang, acted, and built sets.  At the Metropolitana University in Caracas, he earned his letters in Modern Languages and Art but found he needed to reach beyond Venezuela to achieve his true calling.  After seeing the world as a flight attendant with Venezuela Air,  Neil settled in as an director of catering and training at the Southport Brewing Company in Southport, CT, and then advanced to head chef at Nellie Green’s in Branford.  The combination of cooking and performing proved to be a perfect mix for the talented Mr. Fuentes, who soon found fame as star of Telemundo’s Hola Ciudad Neve Telemundo.  As the Singing Chef, Fuentes, was the featured favorite on WTNH Channel 8’s Connecticut Style in over a hundred appearances.

It was during this time that DiCrosta and Fuentes met and fell in love.  They were married in 2007.

When Fuentes met Vice President and Production Manager Billy DiCrosta, DiCrosta was an established member of the New Haven musical theater community.  Born and raised in East Haven, Billy was singing in church and school choirs from the time he was a small child. As a teenager, he was discovered by Louis Negri, Ph.D., longtime Connecticut music director and vocal coach.  Negri took DiCrosta under his wing and recruited the young tenor for the summer musical theater program he co-directed with Carla Stockton.  After high school, DiCrosta went on to study musical theater at Western Connecticut State University and Hart School, the University of Hartford’s Conservatory program. Over the years, DiCrosta became familiar to Connecticut audiences in roles such as Tony in West Side Story, Mike in A Chorus Line, the Baker in Into the Woods, Herman in Most Happy Fella, et al. In 1997, he even sang for the Clinton Family at the White House. At the same time, he began to practice the methods that are the foundations of what is his teaching style today. In 2006 a successful audition for Oceana Cruise Line opened the world to Billy DiCrosta, and he spent the next six years as a traveling performer, culminating as a headliner for Celebrity Cruises.

Eventually, East Haven and a lonesome husband beckoned DiCrosta home. Trained as a vocal coach and certified by International Voice Teachers of Mix, he opened a vocal studio in the  basement of his home.  At the time, Neil Fuentes was a mainstay as a cooking celebrity, whose face was all over the television landscape, and DiCrosta made numerous guest appearances on Connecticut Style.  DiCrosta’s studio grew quickly, and soon it was apparent that he would have to re-invent the direction in which he was headed.  Fuentes, who always dreamed of teaching and directing, decided to shift gears a bit so that the two could take their partnership to a professional level.

Fuentes went back to school and was certified as a vocal coach at the International Voice Teachers of Mix. DiCrosta added Fuentes to the teaching roster at his studio, and expanded lessons to include voice and acting. In no time, they needed a larger space in which to offer their instruction.  Luckily for them, DiCrosta’s longtime friend and colleague Gina Helland, who operated the Broadway Dance studio in East Haven, invited them to join her in the space she rented on Main Street.  DiCrosta and Fuentes recognized that by incorporating dance, they could create an academy in which to train youngsters seeking to learn all the crafts and the skills of music and musical theater.  Thus the New Haven Academy of Performing Arts was born.

In time, DiCrosta and Fuentes began to offer a wide variety of individual musical instrument instruction, acting classes, then cabaret and summer camp performance experiences. Today, the New Haven Academy of Performing Arts is the largest and most popular school of it's kind in the area. For the past three years, Zippo’s Official Community Choice Awards has named the New Haven Academy of Performing Arts the #1 Best on the Shoreline.

The academy’s success made it clear that performance was something the community craved.  Fuentes and DiCrosta established Cabaret on Main, a multi-purpose venue for local events and a place where their students can be optimally showcased.  But even with Cabaret on Main, DiCrosta and Fuentes recognized that there remains a critical need in the area for quality instruction and, moreover, for a theater company that can meet the needs of its creative community by offering more than just good theater.  That’s when Billy DiCrosta enlisted the counsel of his old drama coach and teacher Carla Stockton.

Artistic Director Carla Stockton was the drama teacher at North Haven High School when Louis Negri, Ph.D., requested that she join him at Amity to direct the community’s summer theater program.  She was already the Secretary of the Connecticut Drama Association and soon after was hired by East Haven High School to establish a drama program at their brand new high school.  Together, Stockton and Negri founded Sonnets and Songs, a state-funded program that brought students from all around the greater New Haven area to study classical theater and Bel Canto singing techniques.  Sonnets and Songs led to the All in One Ensemble, a state-funded summer conservatory program, where students from inner cities around the state came to East Haven for a six-week theater intensive.  That summer, two companies of youngsters, working with mentors from the professional theater world of New York and New Haven, performed the musical Sweeney Todd and Shakespeare’s comedy As You Like It in repertory.  They lived on the campus at the University of New Haven and took instruction in all areas of performance and technical aspects of the theater.  Stockton went on to write and produce films as a partner in Bagel Fish Productions, taught private sessions in screenwriting and playwriting, and eventually moved on to earn a Master’s of Fine Arts at Columbia University’s School of the Arts. There, she developed and taught a seminar entitled Acting for Writers, which she teaches at schools and universities around the tri-state area.  Stockton’s writing has appeared in a variety of publications worldwide, and she teaches writing and literature at Lehman College in the Bronx. When DiCrosta called her to collaborate with him and Fuentes, she did not hesitate to say inequivocally yes.

Together, Fuentes, DiCrosta, and Stockton have accumulated years of valuable experience, which they bring to Broadway on Main. But the most important asset they provide for the budding nonprofit is a deep sensitivity to the needs of the community,

New Haven has theater programs.  Connecticut has no shortage of theater training opportunities.  But what Connecticut and New Haven County in particular do not have is a place where theater goes beyond performance to bring health, inclusivity, and conflict resolution to children, to teens, and to adults.